I have been a close observer of depression and its effects on the people I love since before I could remember. Despite that I’m not personally struggling with it, it’s been a prevalent antagonist in my life. It has terrorized my father, my sister, my partner, and some of my dearest friends. It took my brother’s life. It’s the monster I have never found a strong enough epithet to properly describe.

The most accurate comparison I have found is that depression is a lot like the Dementors from Harry Potter. Depression doesn’t just make you feel unhappy; you feel like you’ll never be happy ever again, and despite that it might have been just yesterday, you can’t remember the last time you were happy. 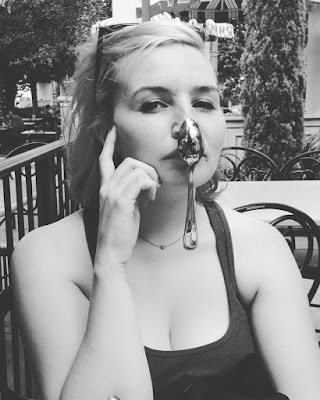 Depression lies to you. And it’s the best liar you will ever encounter. It will tell you that you were just faking it yesterday until you are convinced you weren’t actually happy. And what they really don’t tell you, is that the people who fight that battle at your side will start to feel it too.

And so I overshare on social media. I take selfies, or pictures of my food, or where I am, or something that made us laugh. I vlog, I make ridiculous videos, I write tweets of conversations we had, or things we heard. It’s why I spend so much time making sure to record those moments.

I do this so the next time someone I love can’t remember the last time they felt like themselves, I have something to remind them depression is a liar. Some kind of dated proof that, “No, you will be happy again, you were really happy and feeling like yourself just the other day. We will get through this moment together and soon those days where you don’t feel like yourself will lessen. Soon you won’t have to be reminded quite so much.”

And maybe when we get there, I won’t feel the need to capture every moment on film. Maybe I’ll be able to just “live in the moment”, though the idea that recording that moment means I’m somehow ruining it seems rather ridiculous to me.

But until then, I’m going to keep filming or taking pictures, or even bragging about how blessed I am to have those people in my life.

It’s how I keep both of us grounded in reality, even when the Nightmares feel like they’re creeping in.